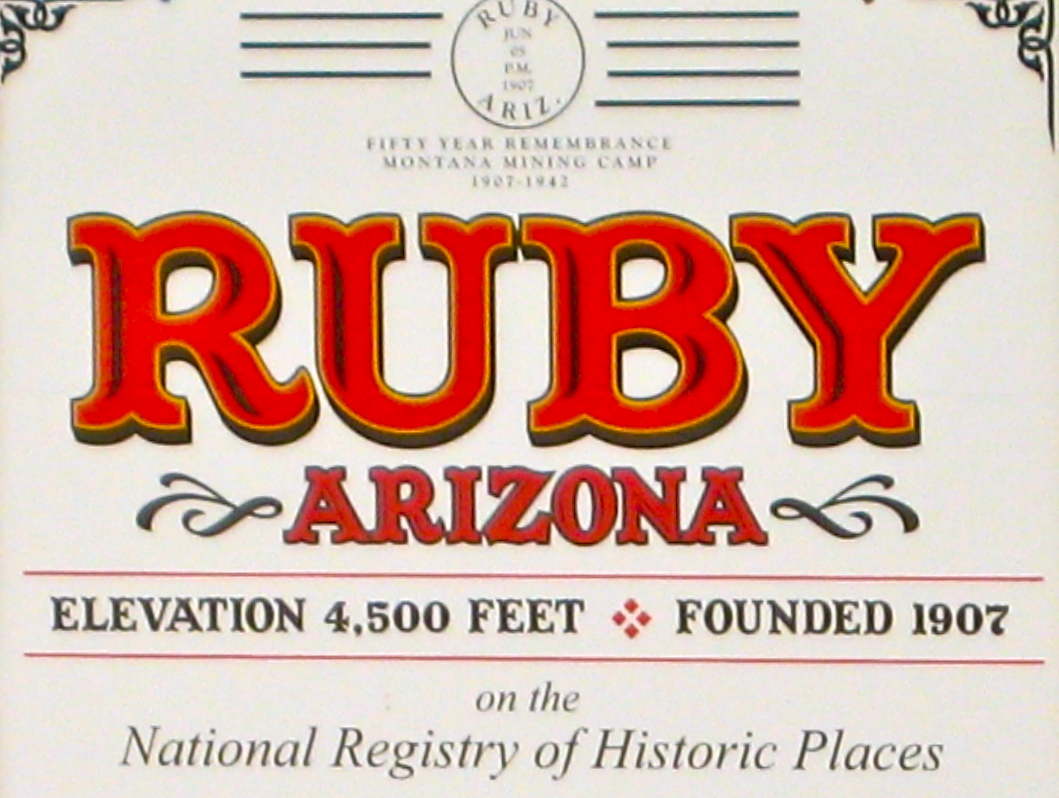 Ruby, Arizona. Ruby is a ghost town in Santa Cruz County. It was founded as a mining town originally named Montana Camp, so named because the miners were mining at the foot of Montana Peak.

Mining started around 1877. The Montana Mine produced gold, silver, lead, zinc and copper. At its peak in the mid 1930s, Ruby had a population of about 1,200.

Ruby is one of the two best-preserved ghost towns in Arizona, along with the Vulture Mine near Wickenburg, Arizona. Ruby’s attractions today include about 25 buildings under roof, including the old jail and houses, the old school, the playground, old mine machinery, buildings and mine workings. Ruby is entirely on private property and charge for admission to the site. Source: Wikipedia