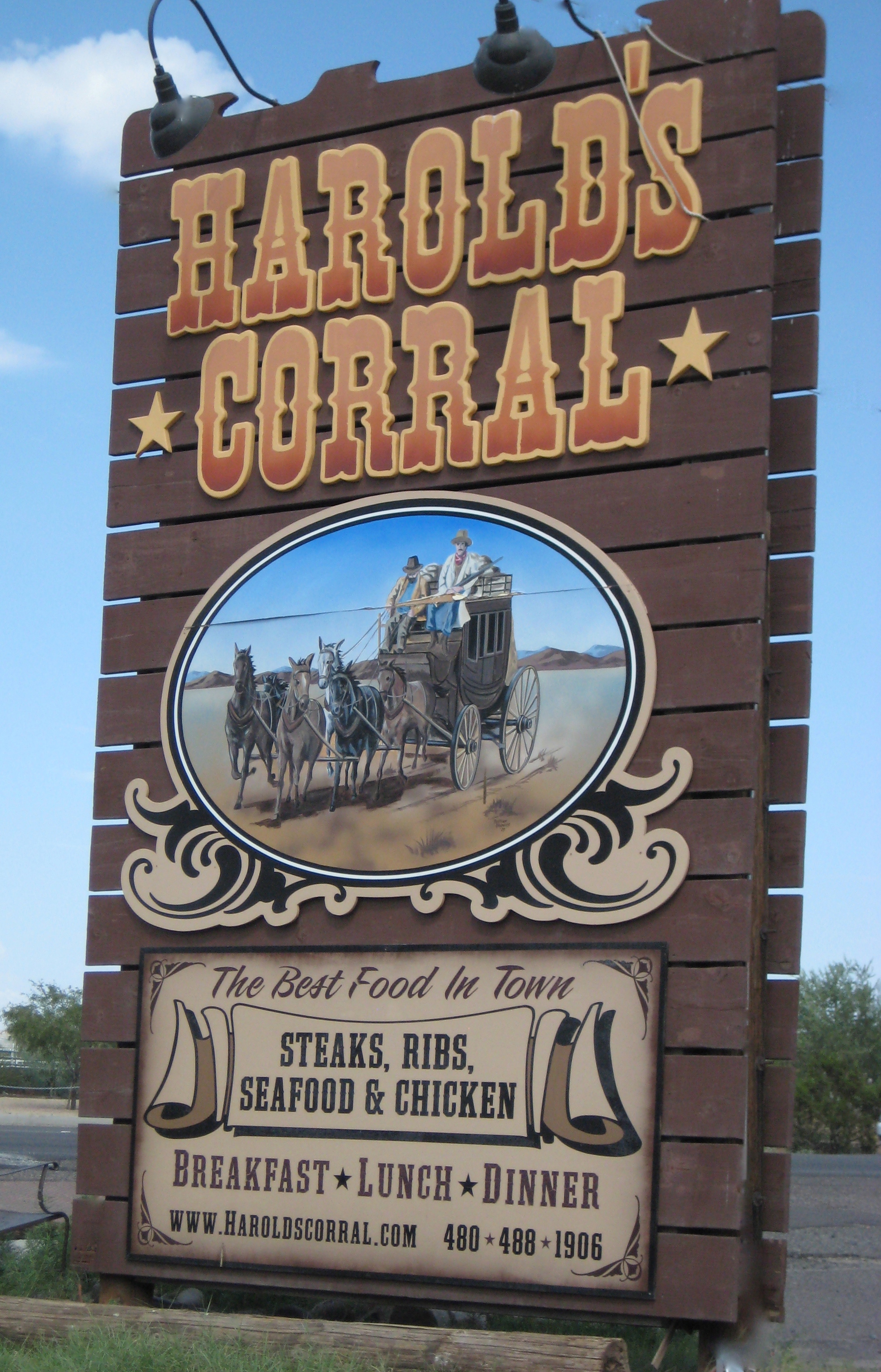 Cave Creek, Arizona. If it happens in Cave Creek, it happens at Harold’s. Johnny Walker opened the Corral Bar in 1935 to serve the workers who were building Bartlett Dam. It became Harold’s Cave Creek Corral in 1950 when local character Harold Gavagan purchased it. It has spawned a million crazy stories – from lions and tigers caged in the back to Harold himself along with his flamboyant friends, movie stars, (real) cowboys and other colorful characters. Gavagan’s flamboyant ways helped to turn it into the local landmark that it is today. Source: Harold’s Corral