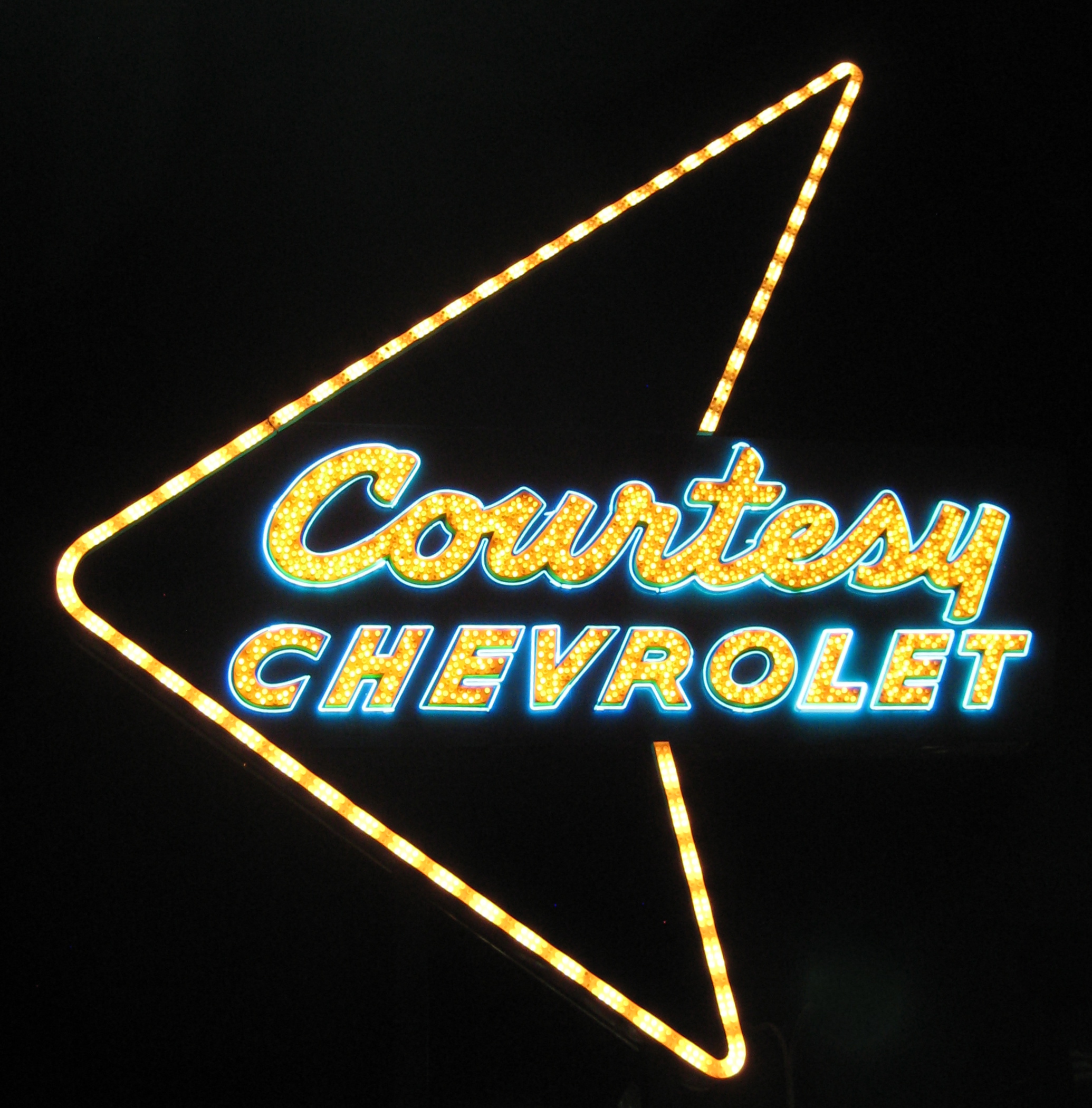 Phoenix, Arizona. San Francisco born, Edward J. Fitzgerald arrived in Phoenix during August, 1955, from Los Angeles, where he had worked with R. Mitchel McClure. Together they began Courtesy Chevrolet, an Arizona corporation, in an old farmhouse at 1521 East Camelback Road.  At this time, Courtesy Chevrolet was located on the outskirts of town, and especially as far as the business was concerned. In those days, the Phoenix city limits were located at the Grand Canal, which passes a half-mile south of the dealership.

In 1957, Courtesy Chevrolet moved down the street to the present facility at 1233 East Camelback Road, and since that time, has prospered and grown.

Presently almost four hundred people derive their incomes from this dealership. All of our employees have helped us to build and maintain a fine reputation in the Valley of the Sun, and the State of Arizona. It is the intention of the Fitzgerald and Gruwell families to maintain these fine relationships within the community and to continue operation here in Phoenix for many years to come. Source: Jobing.com