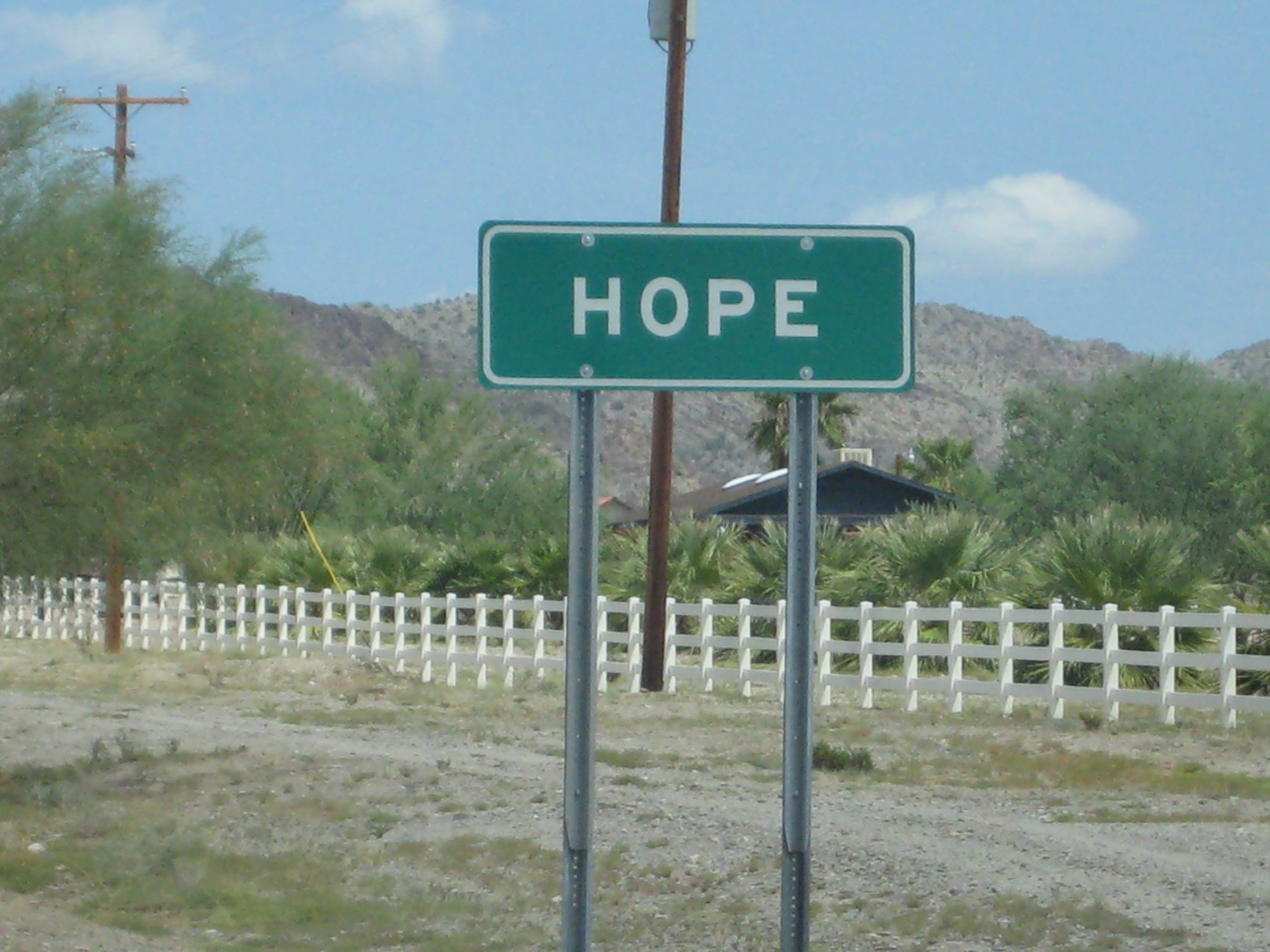 Hope is a small incorporated community in the deserts of La Paz County, Arizona, United States. Its name was inspired by the community’s hope for increased business after merchants visited the town. Today, it consists of one RV park, one gas station, one church, and one antique store. Source: Wikipedia

Holbrook (Navajo: Tʼiisyaakin) is a city in Navajo County, Arizona, United States. According to 2006 Census Bureau estimates, the population of the city was 5,126. The city is the county seat of Navajo County.

Holbrook was founded in 1881 or 1882, when the railroad was built, and named to honor the first chief engineer of the Atlantic and Pacific Railroad. Source: Wikipedia

Yes, that’s a cowboy riding a stack of petrified wood. The Navajo statue seems to express, “What was he thinking?”