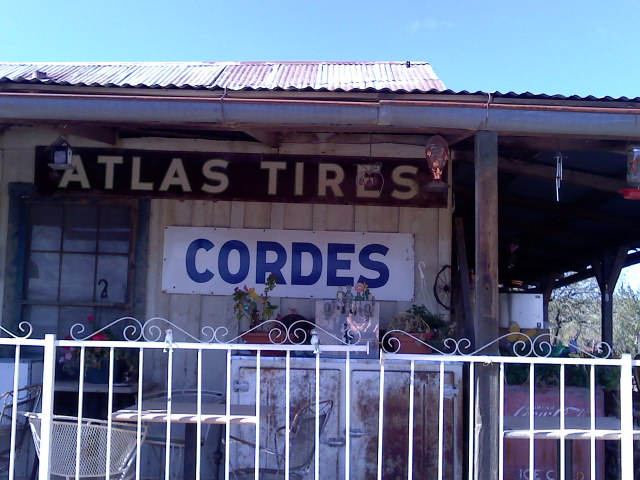 Cordes, Arizona. Throughout the 1950’s, Atlas Tires used a variety of multi-panel layouts for all its ads, whether they were for tires, batteries, anti-freeze or whatever other accessories the customer might need. Thanks to that design consistency, the company maintained a highly recognizable identity. Source: All Classic Ads

Cordes is a ghost town located eight miles southeast of the area of Mayer in Yavapai County, Arizona, United States. Cordes was established in 1883 by John Henry Cordes.

The town was originally destined to be called Antelope Junction, however, Cordes’ application for a post office in that name was denied in 1883. The reason was that there was already an Antelope Station in Arizona. That town is now called Stanton. The second name that Cordes chose was his own, which was approved. The Cordes post office closed in 1944 and the town was abandoned in the 1950s. Source: Wikipedia